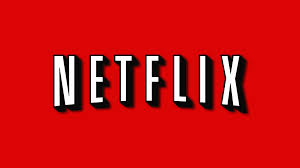 People streaming shows on Netflix may have noticed a message on the screen from the company blaming Verizon for slowing down their streaming speed. Journalist Yuri Victor, who noticed the on-screen message as he began to stream a television show, posted a screen shot of the Netflix message on Twitter. The message said: “The Verizon network is crowded right now. Adjusting video for smoother playback.”

Netflix claims that the message was one of many ways the company is testing for notifying its customers of how their Internet service provider’s network is affecting their viewing experience. In a statement, Jonathan Friedland, chief communications officer for Netflix, said, “The current test started in early May and covers a few hundred thousand U.S. members who are served by various I.S.P.s.” The company also offers a monthly chart showing a variety of broadband providers and their average speeds connecting Netflix with consumers.

David Young, who oversees federal regulatory affairs for Verizon, said in a company blog post that the message is little more than “a P.R. stunt,” and that Netflix’s statement about the Verizon network “is not only inaccurate, it is deliberately misleading,” In the post, he wrote, “The source of the congestion is almost certainly NOT congestion in Verizon’s network. Instead, the problem is most likely congestion on the connection that Netflix has chosen to use to reach Verizon’s network. Of course, Netflix is solely responsible for choosing how their traffic is routed into any I.S.P.s network.”

Randal S. Milch, Verizon’s general counsel, also sent a cease-and-desist letter to Netflix’s top lawyer, David Hyman, demanding that Netflix’s notice about Verizon be taken down. In the letter, Mr. Milch claimed that the accusation “is self-serving, deceptive, inaccurate and an unfair business practice.” The letter also demanded a list of users who were shown the notice and any evidence showing that the slow delivery of Netflix’s content was caused by Verizon’s service. The letter goes on to say, “Failure to provide this information may lead us to pursue legal remedies.”