Increasing Adoption of WhatsApp in the U.S. Challenging 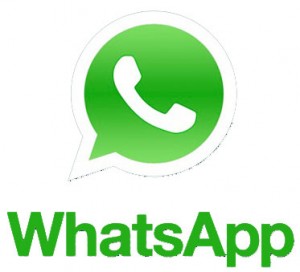 Brian Action the co-founder of WhatsApp said that is remains a challenge for the company to increase the use of its messaging service in the U.S. as well as in some other markets. However, the company will still be able to create significant revenue for Facebook, its prospective parent company.

Acton on Wednesday said that growth across the U.S. remained challenging. He said that Taiwan and Japan as countries could become much more successful with just a little more effort.

However, Acton otherwise was upbeat in his first comments to the public since Facebook said earlier in the year it was acquiring WhatsApp, the fast growing instant messaging service for the paltry sum of $19 billion in stock and cash.

Acton said he saw what the value in WhatsApp is. It is his belief that 1 billion new users would be sent to Facebook, even as the services of WhatsApp remain separate from Facebook.

He called the relationship between Facebook and WhatsApp as both separate but equal. He said the co-mingling of services would only create peril and risk.

He downplayed concerns that the much bigger Facebook would learn data about users of WhatsApp.

He said WhatsApp does not have much more than phone numbers of its subscribers and the company did not sift through its users’ messages. He later said that every message was encrypted anyway.

The messaging app is just five years old and connects customers to send message to each other over the Internet instead of their phone carrier.

The app is growing very fast in places such as India, Russia, Mexico and Brazil.

Acton is a graduate from Stanford and used to work for both Yahoo and Apple. He said Facebook’s Mark Zuckerberg and Sheryl Sandberg have tasked WhatsApp to build its base of users and increase engagement instead of earning profits.

Acton said the two told him to focus on the apps growth and engagement and leave everything else to them, which he said was music to his ears.

The company has focused on its cost controls, and has a goal of at minimum breaking even, said Action