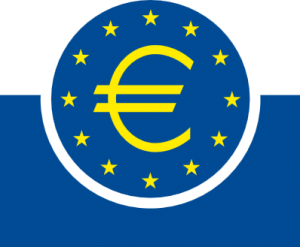 The ECB left its interest rates unchanged as it tries to gauge how much of a threat Italy is to the region’s economic recovery. In Frankfurt, policy makers met on Thursday and maintained the benchmark rate of 0.75%, a record low. Mario Draghi, the ECB President held a press conference on Thursday afternoon to explain the bank’s decision.

Economic reforms and budget cuts were voted against by over half of Italy’s voters last month, which undermined the optimism in the euro one that the sovereign debt crisis would be overcome and the region would gradually emerge from its current recession.

Some believe the ECB would cut rates, offer more long term notes to banks and add measures that would make it easier for banks to lend to both small and medium businesses that have struggled to receive credit.

Yields on bonds surged in Italy, after the anti-austerity parties led by Silvio Berlusconi, the former Italian Prime Minister and Beppe Grillo a former comedian turn politician, won 55% of last month’s vote. That started people to question whether the ECB would broach the breach if turmoil in the market were to take hold, therefore threatening the recovery of the economy.

Increased uncertainty has started to show through survey indicators. Investor confidence in Europe declined during early March for just the first time since last August and a gauge that monitors services and manufacturing output also worsened.

The inflation and growth forecasts by the ECB will likely be revised downward to reflect an economic contraction that was worse than originally predicted during the last quarter of 2012.

Royal Bank of Canada Analysts Give Zalando a €110.00 Price Target