Carmakers in Europe to feel the Pinch for Years 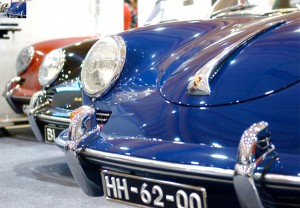 Sales of new cars in Europe will remain weak for up to another 60 months at minimum said executives in the industry on Tuesday. The auto executives said due to the implementation of austerity programs in the region car buyers would refrain from purchasing many automobiles.

At a car show taking place in Geneva, Ford’s European Business head Stephen Odell said sales of cars in Europe would continue to be near the bottom of the U.S. carmakers forecasts over the next six months of 2013, after experiencing a very weak two months to start the year.

Due to less disposable income available in households, demand for new autos is down across Europe. Costs have increased, wages have stagnated and austerity measures have been implemented causing households to cut back on items that are non-essential.

New car sales for the 27-member European Union were off by 8.3% in 2012, a low of 17-years. Sales figures for January and February of 2013 suggest the auto market will be deteriorating even more.

Morgan Stanley representatives announced Tuesday, they lowered forecasts for auto demand for all of Europe for 2013.