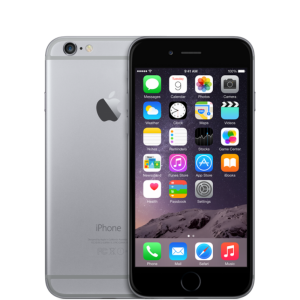 Apple is now making travelers and some customers living in the U.S. happy this year by selling their devices unlocked to the public.

In other words, customers can now use their phone with any carrier without the need of signing their name on a contract for 12, 18 or 24 months.

Of course, the option of purchasing the phone unlocked is not cheap. The device will cost at least $649 to purchase depending upon the GB space on the handset.

However, the freedom could be worth it if you are a hardcore user of Apple who wants to be able to change carriers in the United States from Sprint to T-Mobile to AT&T, or even take your device foreign countries and use a local SIM card.

With the device unlocked, there is not a SIM card in the phone that ties the user to a specific phone carrier.

That means that travelers have the chance to use any SIM card in any country as long as they can purchase one.

Someone could be in France on business and purchase a local SIM card that would allow them not to have to pay for roaming charges, which can cause a monthly usage cost skyrocket.

According to the company, the unlocked device includes all of the features that other iPhones have.

Apple said if a multi-year contract is not of interest to the user, or if using a local carrier when traveling somewhere outside the country is desired, then the unlocked version is the answer.

However, the company explained, for users who decide to use T-Mobile as a carrier, the handset has a T-Mobile card pre-installed and the users needs to then contact the carrier or visit a store to have your phone activated.

For all other carriers, the unlocked iPhone 6 version does not have a SIM included and the user can purchase one at any carrier that is supported worldwide.

To use the device all that has to be done is to insert a SIM into the empty slot then turn on the device with the lock button and just follow the directions that appear on the screen.