PlayStation 4 Faces Rivals in Wii U and Xbox One 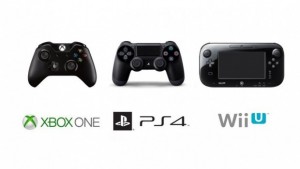 Not to fast Sony, your two largest video console rivals in the business, Nintendo and Microsoft, are showing signs of still having life.

After the holiday season, when other competitors made certain mistakes, Sony appeared to look as if it would gain a lead in the market for video games with its PS4.

Nintendo was constantly losing money, and Microsoft, which released its own console in the market, the Xbox One around the time the PS4 was released during last fall, lagged behind in sales.

During the holiday season, though, the two companies who had lagged behind turned things around. Nintendo released a couple of games that have become extremely popular for its system the Wii U and received a huge response from its fans.

Microsoft, Sony’s biggest competitor in the video game market, cut the price of the starter pack for the Xbox One to $349, which is $50 less than the PS4. The smart move helped them regain the lead in U.S. sales, which is the best market for their product.

An industry analyst said it looked like Microsoft had a much better massage this holiday season for core gamers.

On November 2, with the most important season for sales approaching, Microsoft temporarily lowered the price for the Xbox One. That promotion came to an end this past Saturday.

The discount was highlighted as a clever strategic turn for Microsoft. When the gaming console was released, it had included a motion device called Kinect, and that bundle was on the market for $499, which was $100 more than Sony’s PlayStation 4.

In June, the company began to sell the Xbox One less the Kinect sensor for $399.

The initial price for the Xbox One is believed to be one of several mistakes Microsoft made after releasing their video games console, analysts say.

It also deleted many gamers from the playing field very early even before the video game console left the factories and hit shelves, when they stated there could be restrictions for used game purchases.

A number of different reasons helped PS4 start well ahead of Xbox One, but it looks as they the lead enjoyed by PS4 is shrinking to not only Xbox One, but Wii U as well.