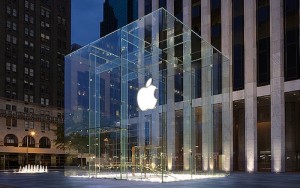 According to sources close to the company, Apple will announce details about enhancing its Apple Pay mobile payments platform at its software conference next month. As more consumers show that they are willing to make purchases using smartphones, Apple and other companies are competing to establish dominance in the market. Forrester Research predicts mobile payments will continue to grow rapidly, rising in the United States to $142 billion by 2019 from $52 billion in 2014.

Apple introduced Apple Pay last October, effectively increasing consumers’ awareness of mobile payments. Since then, Apple has entered into partnerships with dozens of banks in the United States to allow Apple Pay to work with most major credit cards. Some retailers, like Walgreens and Whole Foods, have reported that mobile wallet payments have grown significantly in their stores since the launch of the program.

The new enhancements to Apple Pay will include a rewards program for the mobile wallet service, according to two people with knowledge of Apple’s plans. Several analysts have mentioned in the past that a rewards program for Apple Pay could encourage users to return to participating merchants. A program offering perks to consumers who make purchases with the service is expected to be well received by consumers.

Enhancing its mobile payments offerings could be a big benefit to Apple. For Apple, mobile payments tie people more directly to its main product, the iPhone. The biggest challenge facing Apple Pay is that cash and credit cards are easy to use and accepted broadly worldwide. As a result, the mobile wallet is typically more of a supplementary service than a replacement. Apple Pay remains limited, as it is available only on the latest Apple mobile devices and only a select number of retailers accept payments from the service. However, Apple will have an edge on its competitors, as few mobile payment providers will be able to control its payment systems as tightly as Apple can.