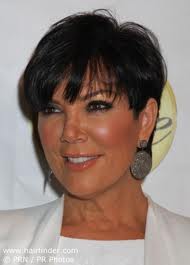 Kris Jenner, the mother of reality star and model Kim Kardashian, took heat this week for putting Kim on birth control when her daughter was just 14. The matriarch of the Kardashian family defended her decision saying her liberal way of parenting was a strategy to help to protect her children.

The mother of six, five daughters and a son admits she did not hesitate putting all of her daughters on birth control as soon as they starting showing an interest about sex. She said you want to protect your children. She said that Kim approached her and said she was feeling sexual. She then decided to protect Kim and had to put her on birth control, so she drove immediately to the doctor’s office.

She said you can attempt to talk your children out of having sex, but as long as they are not locked up in the house, then they are going to do what they desire. Therefore, she said, her philosophy was to educate and protect them. Jenner said that the same doctor that delivered all of her children was the same one that gave prescriptions to them all for birth control. She said her older three daughters were different ages when they started taking the pill.

Kourtney, Kim and Khloe, the three oldest daughters, are from Jenner’s first marriage to Robert Kardashian, the late celebrity lawyer. Klyie and Kendell are the youngest daughters and are from Bruce Jenner, Jenner’s current husband.