What is wrong with Larry Page 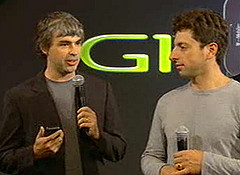 Larry Page the CEO of Google has lost his voice however, not much more is being said about the matter. Some experts believe the head of the internet company should speak up about what might be going on.

The co-founder, billionaire of Google missed the company’s annual meeting on Thursday and a spokesperson said Page would miss two more functions that are important during the upcoming weeks. No further explanation of Page’s problems was given, though it said he remained in charge of the company.

Some speculation began on Wall Street as to whether or not Page was suffering from a serious medical condition. Last year Page took over the reins of Google, which was his second time in charge of the company in 14 years.

Eric Schmidt, the Executive Chairman said at the annual meeting that Page lost his voice and could not do public speaking including the upcoming annual software developer’s conference and the earnings conference for the second quarter that should take place in mid July.

Investors and analysts would like to know more since the death of Steve Jobs the co-founder of Apple is still fresh in everyone’s minds. Many criticized that Apple did not provide sufficient information about Jobs’ condition from pancreatic cancer.

One analyst felt it strange that it was already announced that Page would not attend a second quarter meeting that is weeks away. The analyst believes that the company’s silence could spark worry among investors. Some said it is the responsibility of Google to let the public and its investors know if Page is suffering from a medical condition.