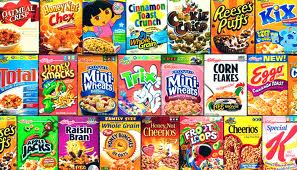 A new report says that kids’ cereals have become more nutritious in the past few years. However, cereal companies have made more ads for the cereals that are the least nutritious.

The Yale University report says the companies are spending 34% more on advertising than they did in 2008. The total spent for ads is over $264 million. Cereals, from the major companies like General Mills, Kellogg and Post, range from very good down to very junky. The study says that if the companies are responsible they need to market the healthier cereals available for children, but they are doing the complete opposite.

In 2006, the Children’s Food and Beverage Association was established by the food industry. In 2009, the Yale Rudd Center also released its first Cereal Facts report to assess the impact of the association. In the latest report, over 100 cereals brands were looked at along with advertising in the industry for television, social media sites and the rest of the Internet.

All the companies in the cereal industry were asked to comment, but only Kellogg responded. The association of Grocery Manufacturers issued a statement that called cereals of today more nutritious than at any time previously. Companies have opted for strict criteria in advertising so 100% of their advertisements seen during programming for children promote healthier choices and better products for the child.

The new Rudd report comes at a time when much discussion is taking place in America about the obesity that exists in the country. Nearly one third of all children in the U.S. are obese or overweight.