The US government got budget surplus in June, which is the latest indicator of improving finances that could decrease the urgency in Congress to reach a compromise regarding increasing the borrowing limit of the nation. The government got $117 billion more than it paid out last month. It was attributed to the increased tax revenues, cuts in public spending and large payments to the Treasury from state-backed mortgage companies. 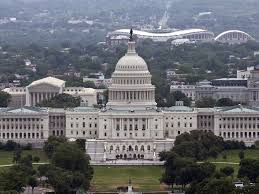 Analysts expected the government to get $39.5 billion of surplus. The surplus in June was the largest for the month to date.

Total budget receipts gained 14 percent to $2.087 trillion for the fiscal year to date. This was due to the tax increases that took effect earlier in the year. The government earned $287 billion, which is up 10 percent from the previous year. Spending was $170 billion in June. It has dropped 5 percent for the fiscal year. In June 2012, the government had deficit of $60 billion.

The surplus was also due to the state-backed mortgage firms Fannie Mae and Freddie Mac. The two companies were bailed out by taxpayers during the financial crisis but have since become profitable. They earned billions of dollars for the government.

Fannie Mae said in May that it would return $59 billion to the Treasury in dividends. It provided most of the funds in June.

The improving budget took away the urgency in Congress to reach a budget agreement that would increase the cap on federal borrowing.

Analysts also said that the across-the-board budget cuts that took effect in March also contributed to the surplus.

For the current fiscal year, the deficit is $510 billion, which is 44 percent less than the deficit during the same period last year. The government’s fiscal year runs from October to September.

Next »
Earnings Forecast Cut by UPS for 2013