IRS: Little Can be Done About Soaring Tax Refund Fraud 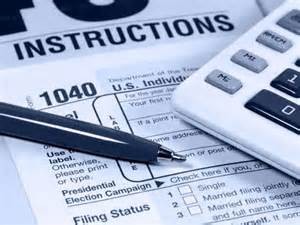 During this year’s tax season, it is expected that tax-refund fraud will soar to hit an incredible $21 billion by the beginning of 2016, from only $6.5 billion in 2013, according to information released by the Internal Revenue Service.

The problem, which the IRS says is quickly growing, is compounded by a fraud detection system that is outdated and has trouble trying to identify the many attempts at tricking it.

The flaws, said a tax analysts with the IRS system are very basic. The entire system, he said was a disaster.

One of the biggest reasons for the surge in fraud is that it is so simple to file a return that is false, as just a name, social security number and date of birth are needed. Perhaps only a coincidence, but that information was amongst other taken in a huge hack last week on Anthem a healthcare insurer.

The revenue service is very aware of the size of the fraud problems, but constraints due to the budget and other legal mandates created a system that often times cannot follow up on the red flags and until after the refund check has already been sent out.

Of course, the agency looks for certain types of signals in returns and for reasons that are obvious do not discuss the specifics, said an IRS spokesperson.

One obvious flaw in the system is the following: To file an electronic tax return, all an individual needs is the name, SSN and birth date. The IRS starts accepting returns on January 1, but employers do not have to release correct information of employment to the IRS until March and by that time close to 50% of all refunds are paid out.

By law, the system of tax refunds as it currently is constituted amounts to a payout first and asked questions later type of system, said the head of an identity theft company in Arizona.

Therefore, an imaginative criminal who is in possession of the three basic identity items of a person could make fake W-2 data, submit a return and have his or her monies in less than 30 days.

Obvious red flags such as multiple checks sent to the same address or multiple deposits attached to one debit card or account are detected, but many times the refund checks are mailed to the accounts prior to following by the agency.