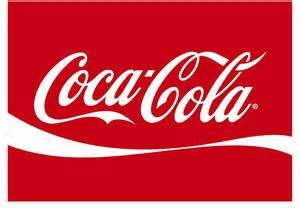 The largest beverage company in the world, Coca-Cola co, reported profit for the fourth quarter that beat Wall Street, helped from its efforts in cost cutting and a shift toward drinks with higher prices.

Excluding certain items, the profit for Coca-Cola was 44 cents per share over the three-month period, said the Atlanta based beverage behemoth. Analysts on Wall Street were expecting 42 cents a share.

Muhtar Kent the CEO at Coca-Cola who is coping with challenges with currency and sluggish worldwide growth, is cutting expenses and selling beverages that are premium prices.

Kent hopes to pare $3 million from the annual costs at Coca-Cola, He also has to confront increased concerns over artificial sweeteners and obesity.

The beverage company has remained diligent in its strategy for pricing, which has and will likely continue driving its growth in the top line in domestic markets, said a Wells Fargo analyst.

Shares of Coca-Cola were up 4.5% in trading before the bell on Tuesday, following the release of the financials. Shares had fallen by 2.3% in 2015 through the end of business Monday February 9.

Volume grew globally by 1% during the last quarter. Excluding the currency effects, revenue would have increased by 4% during the period.

Like many businesses in the U.S. with a footprint globally, Coca-Cola has seen a strong dollar erode the value of sales overseas. Currency fluctuations should continue to weigh down results during the 2015 first quarter, said company officials.

Leaving out the impact of currency, the biggest growth in revenue for Coca-Cola came via Latin America during the last quarter. The region saw an increase of 14%. Following Latin America was a growth of 5% in North America as well as Africa-Eurasia. The region of Asia-Pacific fell behind with a decline of 1%.