Fairholme Takes a 500 Million Stake in Freddie and Fannie

Fund manager Bruce Berkowitz’s Fairholme Capital Management invested on Freddie Mac and Frannie Mae preferred shares. The mutual fund company took around $500 million stake in the preferred shares of the mortgage firms that have been operated by the federal government since September 2008. 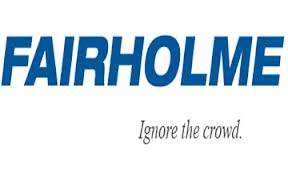 Berkowitz has been named Morningstar’s domestic stock fund manager of the decade in 2010. He is best known for betting on financial stocks. Fairholme is the latest among a couple of investment firms and hedge funds that invested on common or preferred stock of Fannie and Freddie in the hopes that the securities will increase in value as the government restructure the mortgage firms.

Most of the buying made by money managers is based on speculation since federal officials have not given the details on what the final restructuring might look like. The restructuring talks are still in their initial stage and have been more about phasing out the companies. This would wipe out the value of the securities.

At present, dividends paid on the preferred stock go to the US Treasury. In the middle of the financial crisis, Freddie Mac and Frannie Mae received $187 billion in federal support. Shares of both firms had risen for seven straight days before the pullback last Wednesday of around 30 percent in the common shares. Investors looked at several issues of their preferred in the past couple of weeks. These included two series sold in December 2007.

Frannie Mae preferred Series S shares traded actively in the past couple of weeks. It increased from a 2012 low of 46 cents on August 17 to $6.65 last Wednesday. Freddie Mac’s preferred series Z shares have increased from a 2012 low of 42 cents last August 17 to $6.70 on Wednesday. The values made the shares of the two companies attractive to investors.

Next »
Will Yahoo! (NASD: YHOO) Return To Glory?