It looks like central banks across the globe fail to give out the goals of their monetary policy as they face competing views. Chairman Ben S Bernanke tries his best to spell out when the Federal Reserve will pull back on its asset purchases and increase interest rates. Bank of Japan Governor Haruhiko Kuroda tried a reflation approach but it backfired as bond yields increased. European Central Bank President Mario Draghi gives investors hope for more stimulus actions. 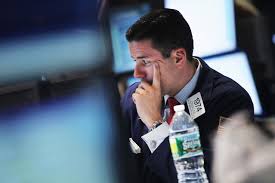 Because of the failure in communication by the central banks, confidence of investors, consumers and households are dwindling. The unclear messages placed unwanted pressure on policy makers to improve their communication techniques they have been utilizing to restrain interest rates.

Bernanke will try to clarify the US central bank’s stance on June 19. He has a scheduled press conference after policy makers from the Federal Open Market Committee holds their two day meeting. It is likely that the Fed Chairman will stress on how and why the Fed will reduce its stimulus program.

Bond prices dropped since Bernanke told the Joint Economic Committee in Congress last May 22 that the Fed could reduce its bond buying program in the next couple of meetings if the employment outlook indicates sustainable improvement. He stressed that any decision would be based on the economic data and that a move to decrease the rate of purchases would be postponed if recovery slowed down and inflation drops further. He made the statement as a reply to a question from Representative Kevin Brady, chairman of the committee and a Republican from Texas.

The last time this type of dumping of debt happened during the 1980s but back then investors were worried about fiscal and not about monetary policy. The yield on the 10 year Treasury note was 1.93 percent before the committee hearing. It traded to a 14 month high the previous week at 2.13 percent last June 14.

« Previous
Woman once on Death Row to Go Free