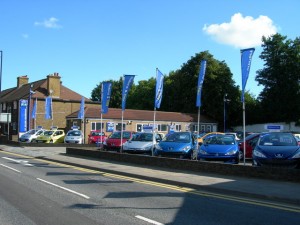 Car sales in May for Europe plummeted to their lowest level in more than 20 years, which further eroded the hopes of manufacturers to see a recovery in 2013.

France, Italy and Germany account for nearly 50% of the sales in the embattled region and they suffered declines that were near or at percentage levels in double figures.

Registrations of new cars across the European Union’s 27 members were down by 5.9% to just over 1 million vehicles from last year’s 1.11 million. It was the lowest amount since May of 1993, when car sales dropped below the one million mark.

In April, new car deliveries EU-wide had risen for only the first time in the past 19 months, but were helped due to extra days of sales related to the Easter holiday being early.

After reaching a low of 17-years during 2012, car demand in Europe is projected to shrink even further during 2013, which will squeeze the mass market models even harder between cutthroat pricing and excess capacity.

The car market in Germany, which was able to resist much of the slump from last year, shrank by 8.8% over the past five months.

Sales in Italy and France dropped 11.3% and 11.9% respectively, as austerity measures and unemployment curb the spending of consumers.

In contrast, the strength remained Britain, the No. 2 market in Europe, again posted strong 11% growth for May extending its year to date increase to 9.3%.

The biggest casualty in Europe amongst the larger automobile groups was Peugeot from France, which suffered a plunge in sales of 13.2%. It was followed by the 11.3% drop of GM, while the No. 1 seller in Europe, Volkswagen slid just 2.8%.