Bond Yields on Track for Biggest Weekly Gain in a Decade

US equities stabilized in a volatile trading session Friday as Treasury yields were on track to get their largest weekly increase in 10 years. Investors reconsidered their positions as the Federal Reserve prepares to discontinue its economic stimulus. 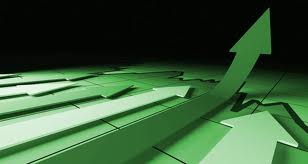 Markets are changing according to the Fed’s plan announced earlier in the week. The central bank will reduce its asset purchases later this year if the economy keeps improving. Chairman Ben Bernanke outlined the timeline for the plan as the interest rates keep on increasing and equities markets selling off.

After a volatile trading session, US stocks closed higher after a two day selloff. Ten year Treasuries yields increased above 2.50 percent, which was their highest intraday level since August of 2011. The 10 year yield was on track to increase 40 basis points for the week, which is the biggest weekly advance since March 2003. The dollar increased and on track for its largest weekly rise since July 2012.

Major US stock indexes got their worst week since April. Standard & Poor’s 500 Index remained below its 50 day moving average after it got under it Thursday. Most investors thought the selloff was overdone but the factors that drove the markets down were still in place.

At present, the Fed is purchasing $85 billion per month in bonds as part of its stimulus program that has made investors embrace riskier assets and led to the 15 percent of the stocks for the year. Investors are now slowing down those trades that are expected to continue to impact global markets.

OneMain Holdings Inc Given Average Rating of “Buy” by Brokerages