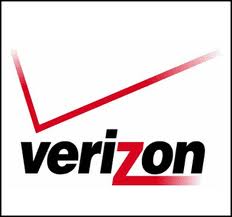 A proposed shareholder resolution for Verizon Communications would require the company to provide more information about the user data that is shared with the government. AT&T and Verizon have come under scrutiny over the past several months for their cooperation with government surveillance programs. Verizon and AT&T received the resolution from activist investors in November.

The proposal was submitted by Trillium Asset Management, an investment firm. The proposal demanded that the company publish reports detailing the information it releases in response to government surveillance requests. In a released statement, AT&T said that it opposed the resolution. AT&T’s following course of action was to make a case to the Securities and Exchange Commission saying that the proposal should be removed from the ballot because shareholders should not be able to control matters of “ordinary business operations.”

Verizon has gone even farther than AT&T in its actions against the resolution. Verizon’s lawyer said in response that if Trillium could not prove it was eligible to file the resolution in the first place, the company would skip a vote on the proposal. In a letter dated Nov. 25, Verizon said, “The materials that Verizon has received from Trillium fail to establish that Trillium has the authority to submit the proposal.”

In a statement, Verizon said that it has not taken a formal position on the proposal. Verizon spokesman Bob Varettoni said, “The SEC requires shareholders to demonstrate their eligibility to submit a proposal. We’ve simply sought the information that we believe is necessary to determine the proponent’s eligibility. This is a standard practice we follow with respect to every shareholder proposal we receive, regardless of the subject matter.”

Verizon’s preliminary response appears more aggressive than AT&T’s because it suggests that it could exclude the proposal without even asking the S.E.C. for permission, which is the typical path for removing a shareholder resolution from a ballot. The company has until Dec. 27 to ask the S.E.C. to exclude the shareholder resolution from the ballot.