Supercomputing Crown Back in Hands of United States 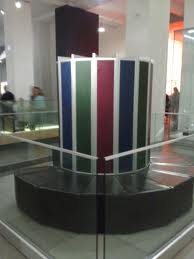 Once again, the United States is the home of the most powerful supercomputer in the world. Two years ago, the title was taken from the U.S. by China and last year Japan won the distinction.

The supercomputer is an IBM computer system at Lawrence Livermore National Laboratory, which is part of the Department of Energy. The system is capable of more than 16.32 sustained petaflops. The ranking takes place twice each year and was released on Monday.

The name of the system is Sequoia and it has over 1.57 million compute cores that rely on parallelism and architecture to achieve the speed and not Moore’s Law. A deputy director of computing, life sciences and environment, Michael Papkka from the Argonne National Laboratory said that at this point processors by themselves are no getting faster.

A similar system was installed in the lab at Argonne. That system was ranked as the third fastest in the top 500 list. Papka said that Moore’s Law is slowing down and the faster speeds are being reached through parallelism.

The world market for high performance computer technology is dominated by the U.S. Five of the top 10 places in the recent list were held by systems from IBM. Out of the total of 500 on the list, IBM has 213.

The company with the second highest number of system on the top 500 list is Hewlett-Packard with 141.Close to 75% of the 500 systems on the list use Intel processors, while AMD chips are found in 13%. Despite the strength in the U.S., when the supercomputer title was taken by China, it seemed to touch a national nerve. Even President Obama mentioned the top ranking China had for the supercomputer in two different speeches.