Stolen Phones to be Disabled 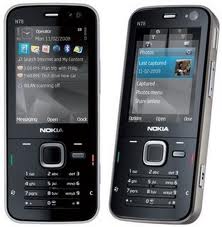 Julius Genachowski, the Chairman of the Federal Communications Commission said, “The idea is to let consumers know we have their back and the criminals will know we are cracking down on them.”

The FCC chairman made the comments at a press conference alongside several police chiefs from large cities and representatives from the wireless industry. A number of the large cities in the U.S. have reported a spike in thefts of smartphones, as criminals are stealing mobile devices to resell them. Often times the phones are sent overseas as part of a black market scheme.

Law enforcement officials said that cell phones are stolen in 38% of all the robberies in Washington. In New York City, that number increases to 40%. Police say a number of the crimes are of a violent nature and result in very serious injury and even death.

The major mobile device carriers that cover over 90% of all the subscribers in the U.S. are participating in the system. Those participating include T-Mobile, AT&T, Verizon, Nex-Tech and Sprint. Others are expected to join, as the system gears up to full speed.

Next »
Baldwin Dined With Stalker in 2010