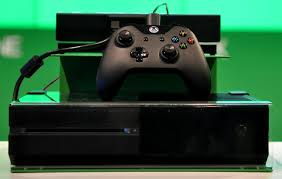 Von Hassel was able to find a backdoor into Xbox One Live by Microsoft, which alerted the software giant to a major glitch in security.

Five-year old Kristoffer said he became nervous thinking his father was going to find out about what he had done.

On that page, by typing a number of space keys and then pushing the enter key, Kristoffer would log in, finding a way into the most talked about consoles in video gaming over the last few months, through the backdoor.

At first, Davies said his reaction had been happiness. Thinking it was awesome that a five year old could do something like that finding a vulnerability and being able to take advantage of the system. Davies called it quite cool at the time.

Davies works in the field of computer security. He said this was not the first time his son was able to hack into a tech device. When his son was just 1 year of age, he was able to skirt past the lock screen for children on his father’s cell phone by just pushing down on the menu key.

Kristoffer, besides the mention in the security acknowledgements released by Microsoft, was given four games by the software giant, $50 and a subscription for one year to Xbox Live.