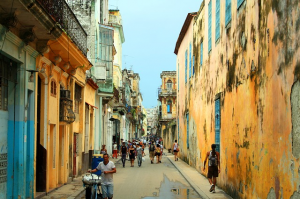 The United States, in what appears to be a throwback to the campaigns of the Cold War of espionage, disinformation and disruption spent more than $1.6 billion to build a network of social media with the goal of undermining the Castro regime inside Cuba.

Documents obtained from an investigation by the AP showed that the U.S. government project, which went on for over two years attracted thousands of members, was built behind shell companies and financed through international banks.

USAID or the United States Agency for International Development was the organization behind the project, which oversaw the creation of ZunZuneo or what has been dubbed the “Cuban Twitter.” ZunZuneo is slang for the tweet of a Cuban hummingbird

USAID was primarily in charge of the campaign and intelligence services played no part, but details that were uncovered appear to bring into doubt the longstanding claims of the USAID that it does not take part in covert actions.

ZunZuneo users were unaware of the government agency’s involvement and that contractors from the U.S. gathered their personal data, with the hope that said information might be of use one day for political purposes.

In 2009, the project started after Creative Associated International based in Washington obtained more than 500,000 cell phone numbers in Cuba. The legality of the project has come into question under U.S. Law prompting concerns over activities that are clandestine and funded by the government.

Interviews as well as documents show that USAID went to great lengths to conceal any involvement. Four shell companies were established overseas that routed money through a bank in the Cayman Islands to hide any money trail.

Senator Patrick Leahy, a Democrat from Vermont, said several aspects regarding the project were troubling. He said there was the risk to unsuspecting, young cell phone users in Cuba who did not know it was an activity funded by the U.S. government.

Leahy also spoke about the clandestine activity that was never disclosed to any of the appropriations subcommittees that hold oversight responsibility.

The senator also spoke of the arrest of a subcontractor of USAID that had helped provide Cuban citizens access to Internet. Leahy said the activity was started shortly after Alan Gross’ arrest.