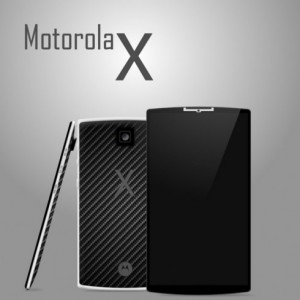 Over the past four decades, since the first prototype cellphone was showed off by Motorola, the company has seen the likes of Samsung, Apple and other tech innovators surpass  them in sales.

Now, with its new owner Google, Motorola has introduced Moto X, a phone that is noted for its innovations in its manufacturing, as an attempt in part to regain its position in the cellphone world.

The Moto X offers plenty in software, including being able to get directions, seek answers to trivia questions or set the phone’s alarm without once touching the apparatus.

The phone’s hardware is good as well. It includes a body nearly the thinness of the iPhone 5, but with a screen of 4.7 inches, which is larger and comparable to many screens found on rival phones with Android.

The new Moto X is assembled in the United States, which is a first for smartphones, and allows Motorola to offer customization options, like personalized messages and colors.

The phone can be purchased in white or black for only $200 through Verizon, T-Mobile, U.S. Cellular, Sprint and AT&T.

More colors and other options are no charge, but only if AT&T is the service provider. For a 32GB phone, the cost is $50 more, as the standard memory is 16GB.

To go along with the 4.7 inch screen are two cameras that can also take HD videos.

Starting in late August the phone will go on sale in the United States. Custom features can be selected from the website of Motorola and delivery, said company officials would be only 4 days.

However, the thing most special about the new Moto X does not have anything to do with checking Facebook, holding it securely in the palm of your hand or making a phone call.

Instead, it is a break from the rest of the smartphones as it allows for great customization. You can change the power button color, the personalized back cover message and much more.