Mortgage rates in the United States increased for the first time in three weeks as it continued an upward trend that has started to affect home sales. The average rate for a 30 year fixed mortgage went up to 4.39 percent in the week that ended August 1. This was according to Freddie Mac. The average 15 year rate went up to 3.43 from 3.39 percent. 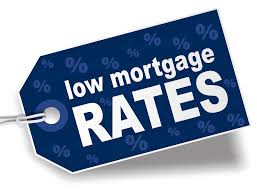 Mortgage rates for 30 year loans increased to the highest level in two years last month due to the speculation that the Federal Reserve will start to pull back on its stimulus program. Analysts said that the increasing rates are a correcting force on the market that will make more sellers to put their properties on the market before demand drops.

Buyers fighting for a small supply of homes have pushed up prices at a rate that was not sustainable in some markets. A lot of sellers who are waiting will put their homes on the market as interest rates continue to increase.

Nearly half of US home sellers are worried that interest rates will decrease the demand for their properties. This was according to the July 19-21 survey by Redfin. The number was up from the second quarter, when 23 percent of the respondents said they were worried about the increasing rates.

The buyers are beginning to hold back as contracted to purchase formerly owned US homes dropped 0.4 percent in June after it went up to the highest level in May since December 2006.

D.R. Horton Inc., which is the largest homebuilders by revenue in the United States, said that increasing mortgage rates led to increased cancellations as well as drop-off in traffic in June. People looking to buy were surprised that the rates increased so much after it stayed near record lows the past month.