Intel To Lay Off 5,000 Employees This Year (NASDAQ:INTC) 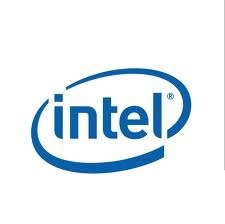 According to an anonymous company official, Intel will lay off about 5 percent of its work force, or 5,000 jobs, during 2014. The Intel official said the employment cuts were part of a larger program to shift resources to growing business lines. The anonymous source also said the cuts would probably be a mixture of attrition and layoffs.

The chip maker’s first-quarter revenue did little to dispel concerns about a slowing PC industry. Intel came to be the world’s largest maker of semiconductors by supplying crucial elements of personal computers to manufacturers. However, the company has run into trouble as smartphones and tablets have begun to replace PCs. Brian M. Krzanich, chief executive of Intel, has said that Intel has realized its mistakes as he tries to change the company with the times.

Stacy J. Smith, Intel’s chief financial officer, said Intel would invest in chips for “things like the data center, tablets, low-power systems on a chip.” He continued, “There’s going be a significant shift in investment over the course of the year.” Intel’s newest chips may become part of wearable computers, biometric devices and connected appliances. Those systems enable chips to perform several functions in a small space. Intel’s other plans include the production of low-power chips that can compete in tablets and smartphones and creating new versions of chips for PCs.

Chips for PCs remain critical for Intel. The company’s PC division reported $33 billion in revenue in 2013, down 4 percent from 2012. The PC division accounted for nearly two-thirds of Intel’s annual revenue of $52.7 billion. Intel predicted that its 2014 revenue would be flat and gross profit margins could be lower. As word of the job cuts began to circulate, Intel shares fell about 5 percent but recovered toward the end of the day.