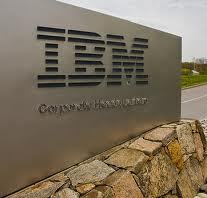 Things are changing fast in the trillion-dollar global technology industry. PCs businesses are quickly losing ground to businesses that focus on mobile devices like smartphones. A year ago, IBM was talking about selling its server business to Lenovo for $6 billion, according to reports released at the time. However, the deal that was struck allowed IBM to keep some of its higher-value servers, like those that perform complex data analytics.

Steve Mills, senior vice president of software and systems at IBM, said, “We need to get an inventor’s profit, not a distributor’s profit. Our investment in research and development is what makes IBM go. It’s hard to do that in markets that don’t give you credit for the innovations you bring.” IBM currently spends around $6 billion a year in research and development.

Now, IBM plans to focus on higher-margin software and services. Mr. Mills said, “The money has to go where the market goes: Social, mobile, analytics, and security. We’ve put a lot of money there, tens of billions just buying analytics companies over the past several years. You’ll still see us doing a lot of creative things in hardware.”

As part of the deal, about 7,500 IBM employees will also move to Lenovo to their sales, marketing and customer support divisions. The deal also included agreements for IBM to buy some of the servers from Lenovo for IBM’s growing cloud business, according to Mr. Mills.