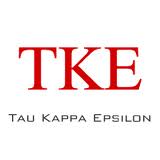 The university announced that the party had encouraged a theme that was racially insensitive and had created an environment that was conducive to the consumption of alcohol by minors.

Revoking the recognition of the local chapter of the frat means the 65-year old organization no longer has any affiliation with ASU; the frat will not be listed on the website of the university and is not able to recruit members or hold meetings on campus.

In 2012, the fraternity was placed on probation and suspended after ASU officials became aware on Monday of the party.

Upon its suspension following the party, university officials said that ASU has a diverse student body and it was unfortunate that just a few people held a party that was offensive during a time when the nation, the state and ASU were celebrating the legacy and achievements of Dr. King.

ASU officials also said they were investigating what took place and deciding how the individual cases would be handled regarding student discipline.

Alex Baker, a spokesperson for the TKE fraternity said the organization would conduct its own investigation and release its finding shortly. Previously, Baker had said the fraternity did not condone discriminatory or racist behavior.

Reverend Jarrett Maupin, a civil rights activist in Arizona, said the recent party had been offensive and outrageous. He called upon the university to expel every student involved and ban on a permanent basis, the fraternity.

The fraternity was founded in 1899 at Illinois Wesleyan located in Bloomington, Illinois. The fraternity has 257,000 active members in 291 chapters around the U.S. and Canada.

The University of Arizona in 2012 stripped the TKE local chapter of recognition after its investigation had determined that there had been numerous instances of hazing that had been dangerous.