Galaxy Round Announced by Samsung 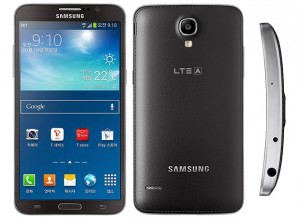 Samsung seems to be the first high-tech company to unveil a display for a smartphone that is flexible with his launching of the Galaxy Round in Korea.

Samsung makes its Galaxy devices across the form and size factor spectrum and announced on Wednesday the new Galaxy Round smartphone that has a concave display on front. The phone is similar in looks to a Note 3 that someone placed in their back pocket and sat down forgetting it was there.

There have been mobile handsets previously with convex glass panels of which one is the Galaxy Nexus, but the new display form for Samsung is a flexible OLED model. Its competitor LG is currently working on a similar model with a panel made of OLED.

The new handset Galaxy Round has specs comparable to the Note 3, with a HD display of Super AMOLED that is 5.7-inches in size, a RAM of 3GB, 2.3 GHz quad-core processor, S Pen functionality and a camera with 13 megapixels.

The new smartphone is lighter and likely due to its new battery the 2,800 mAh instead of the heavier 3,200 mAh that is in the Note 3.

Samsung has taken its physical design of the new Galaxy Round and added enhancements to the software that include the ability to look at information by rocking or tilting the device.

Music can also be controlled by pressing on one side while the unit is resting on the table. The motion plays next or previous tracks.

Like other features of smartphones from Samsung, these might be considered by some as gimmicky. Nevertheless, Samsung has been quite successful in targeting a wide range of Android users via their experiences with its devices.

Initially the new smartphone will only be available in Korea in brown, but more colors will soon be available said the electronics giant.

Tapestry Raised to Buy at StockNews.com