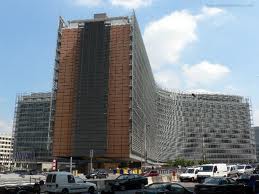 The European Commission of the European Union announced yesterday that it has started an investigation into possible price fixing by 13 makers of optic disk drives. The allegations are that the makers of the drives participated in a cartel around the world. The Commission did not reveal any names of the companies involved in its investigation, but said via a prepared statement that it suspects the 13 companies of conspiring to control the supply of optical disk drives used in computer servers and PCs. If that were the case, it would be a direct violation of the EU antitrust laws.

The commission also announced that it felt two of the major OEMs headed the supply control effort. In the commission’s same statement, it said after reviewing preliminary evidence, its opinion is the companies engaged in rigging bids for up to five years. Bid rigging is one of the most serious of all Anti-trust rules the European Union has. If the commission’s allegations prove to be true, the scheme most likely affected worldwide retail prices for optical disk drives.

The commission has filed its statement of objections. This means that the companies that are accused of the bid rigging, can look at the evidence the commission has and either respond in writing to the accusations or request an official oral hearing to present evidence that supports their side of what they claim actually happened.

After that, if the commission finds that a company is guilty, there could be a fined imposed amounting to 10% of annual sales worldwide. The commission said that companies that decide to help the ongoing investigation and released details regarding the alleged cartel could be charged with smaller fines than if they just plead innocent.