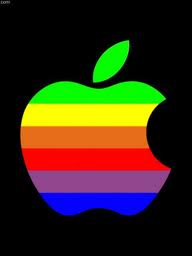 Apple, Inc, the Cupertino, California based tech giant has been forced to shut down its website for developers, after there was a security breach. The breach, said company officials, might have compromised the names, email addresses and mailing addresses of developers.

The Apple Developer site, which is the company’s portal for iOS developers, was shuttered last Thursday. Over the weekend, Apple updated the site with a message that stated an intruder from outside had tried to secure the personal information of the site’s registered developers.

Apple was very quick to stress that personal information that was sensitive was encrypted and therefore would not have been able to be accessed.

However, the tech giant added in their message that they could not rule out the possibility that the entity that hacked the system succeeded in gaining some names of developers, email addresses or mailing addresses of those same developers.

After the breach, Apple said it started working 24 hours per day to make a complete overhaul of its current security system. That included making updates to it server software and rebuilding its database from start to finish.

The company also noted that for developers, whose games and apps were ready to expire during the weekend, the program membership was extended and the games would remain in the company App Store.

However, it did not give an indication of when the website for developers would be able to be accessed again.

At the same time, a security researcher from Turkey claims to be the one who hacked the site. He says his intentions were to demonstrate that Apple had a leak in its security system and not to steal any user information.

MesChain Trading Down 22.5% Over Last 7 Days