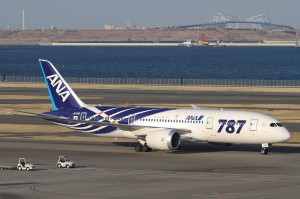 The Federal Aviation Administration has called for airlines to inspect the emergency transmitters in every Boeing 787 Dreamliner after investigators in Britain traced a fire in a parked plane back to a transmitter.

On Saturday, a proposal was announced by the FAA and it is now developing the instructions for inspection with Boeing for the transmitters.

The proposal is expected to be finalized by the FAA within days and asks airlines to inspect transmitters for any sign of pinching or wire damage. The inspections also will check the battery in each transmitter for signs of unusual moisture or heating.

Although it is not a requirement of the FAA to have transmitters on large commercial aircraft, the inspection order is mandatory. Members of the FAA said it was relaying concerns to regulators and airlines worldwide over the weekend.

The proposal comes following the British investigation that traced a fire on July 12 aboard a 787 owned by Ethiopian Airlines at Heathrow Airport in London to one of the emergency transmitters that was powered by lithium manganese dioxide batteries.

Investigators said a broad range of aircraft contains 6,000 emergency locators with those types of batteries and this one was the first with a substantial problem like a fire.

Honeywell International, the manufacturer of the transmitter supported the recommendations of British regulators and said it would help Boeing and other airlines when needed.