AT&T’s Internet For Everything Plans (NYSE:T) 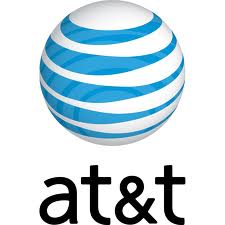 AT&T wants their customers to be able to connect everything to their wireless networks. The company plans to allow devices other than smartphones and tablets to connect to their network. Everything from cars, home security systems, dog collars, and medicine bottles have built in wireless capabilities. AT&T seeks to connect these devices to their network and provide consumers with a single wireless platform to power all of their devices.

The new “Internet of Everything” platform provides AT&T with an opportunity to weave itself deeper within its customer’s lives. Share plans will connect all of your devices to a single data plan. Customers will pay to have each device connected to the data service. CEO of AT&T Mobility Ralph de la Vega said in an interview with CNNMoney that the company is “sitting on the greatest growth opportunity in history.” He continued on to say, “With Mobile Share, we don’t care so much anymore about what you’re doing on the network… but all those things like cars and home security are where the monetization opportunity is.”

AT&T announced at the World Congress wireless technology conference that the company will partner with General Motors to provide its OnStar service with 4G connectivity. This would allow Chevy vehicles to become mobile Wi-Fi hotspots and bring U-Verse to GM cars equipped with TV monitors. GM states that 50% of their cars will be able to connect to the network by 2015.

Mr. de la Vega says the changes will affect consumers sooner than first thought. AT&T has expanded their connectivity to home security services that control alarm systems, home lights, locks and doors from the customer’s mobile devices. “At AT&T, our goal is to wirelessly enable everything,” said Glenn Lurie, AT&T’s vice president of partnerships. The rollout of nationwide 4G networks have increased data speeds for customers and opened the possibility for virtually anything to be connected to wireless networks. AT&T says many people are already thinking of ways to take advantage of the increased data usage on their networks.