AT&T Offering Option for No Contract 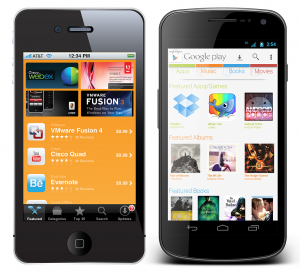 AT&T will start offering its wireless customers an option to not sign contracts and receive more upgrades if they are willing to pay the full price for a smartphone.

This allows the carrier to cuts its cost of subsidizing smartphones, such as the Apple iPhone, that are eating into profits.

The second biggest wireless company in the country is starting the program at the end of July. Subscribers can buy new phones through a financing plan where they make monthly payments that will just add a new payment amount to their current bill each month.

In one year, they can upgrade their device if they choose to. Under this new option, named AT&T Next, no service contract is needed except for the financing commitment. The same is available for the computer tablets the company offers as well.

This new plan by AT&T comes about as carriers in both Europe and the U.S. attempt to work around a model where they cover the majority of the smartphone costs and hope they will recover that through service contracts their customers sign up for.

That model has made companies such as Samsung Electronics and Apple very happy as they received money for phones whose prices the customer is never aware of.

Nevertheless, it has caused the profits of carriers to drop in those quarters where they sell a large amount of smartphones, with some being subsidized at over $400 per phone.

Carriers such as AT&T and others have for some time sought to lower the billions of dollars of subsidies they pay out annually, through fees for upgrading and making customers with contracts wait more time to be upgraded.

Vonovia Given a €62.00 Price Target by UBS Group Analysts

RenaissanceRe Raised to B+ at TheStreet