Consumers Keep their Buying in Check in June

American consumers have kept their buying in check in June. They bought less goods last month as an indicator of a weak second quarter. Sales at retailers increased 0.4 percent in June, which was below the 0.8 percent gain that was estimated by economists polled by Bloomberg. Auto and parts dealers got the largest gain in seven month. If that data was excluded, demand remained unchanged from May. 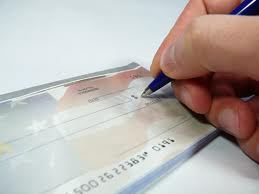 Stocks increased and gave the Standard & Poor’s 500 Index its longest streak since the start of the year. Citigroup earnings report and the strong manufacturing data offset the bad retail sales. The S&P 500 increased 0.1 percent to reach record level 1,682.5 to close the session. Treasury securities gained. The benchmark 10 year note dropped to 2.54 percent from 2.58 percent.

Manufacturing in the New York area increased in July at the fastest rate in five months. Factories stabilized despite the slowdown in growth. The Federal Reserve Bank of New York’s general economic index went up to 9.5, which is the highest level since February. The reading was 7.8 in June. Readings higher than zero mean expansion in New York, southern Connecticut and northern New Jersey.

Estimates for retail sales by economists surveyed by Bloomberg ranged from no change to an increase of 1.3 percent. The reading for the month of May was changed to show a 0.5 percent increase from the previous reported 0.6 percent increase.

Consumer spending went up at an annualized rate of 1.5 percent in the second quarter, compared with the 1.7 percent estimated before the release of the report. This was according to the expectations made by economists.