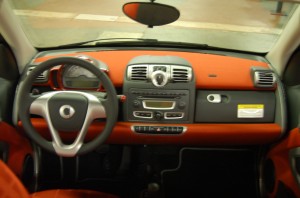 Both Apple and Google are currently developing competing technologies that would bring navigation, apps and music all together to form a smart dashboard for vehicles based upon their own systems of mobile operation.

Google and Apple have planned to unveil a brand new collaboration based upon the Android platform at the Consumer Electronics Show next week in Las Vegas. The system would bring in-car entertainment and apps to a device that would mount on the dashboard.

Apple already has shown what it has in the market and announced it has deals with Daimler, Mercedes, Honda, and BMW to make smart dashboards that feature the iOS, the operating system used by iPhones and iPads.

This also ties into the Siri application, which can dictate text messages or emails and carry out other demands through voice control, a feature that many drivers would consider quite useful.

Apple’s approach is that the iPhone would be the system’s brains, which would connect to speakers, microphones and the screen inside a car.

A different approach has been taken by Google, which amounts to embedding electronics around the inside of the car, which will run Android. It has had some experience with automobiles as it has already supplied carmakers of Audi, Toyota and Tesla with its Maps technology.

An industry analyst said that the car is now becoming the ultimate of mobile devices. Google and Apple know that, and are attempting to line up their allies to introduce technology into the automobile.

Today, car electronics have become more and more well connected and sophisticated. The CEO at General Motors announced recently that all of its models starting in 2015 and moving forward would have 4G chips that provide constant connection to Internet without any need of a smartphone.

The two tech giants also plan to announce other collaborative efforts they have with other tech and automotive companies, including with Nvidia Corp, the chipmaker.

The ultimate goal is to allow both drivers and their passengers to access the different navigation, music, services and apps that are similar to the ones that are widely used on smartphones powered by Android.