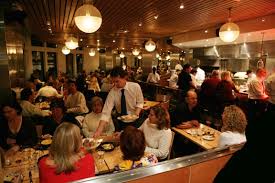 U.S. researchers on Monday released results of a study that said eating slower could help to lower hunger.

Research previously suggested that the controlling the energy intake might be affected due to the speed in which we consume food and a high rate of eating might impair the sensory signals and processes relationship that regulates the amount we consume.

To learn more concerning the link between energy intake and eating speed, University of Texas Christian researchers examined what affects eating speeds had on calories consumed during a meal in people with normal weight and those who were either obese or overweight.

In the recently released study, a group of participants who were average weight and group of obese and overweight participants consumed two meals within a controlled environment.

Each participant ate a meal slowly, while being instructed to think that time constraints did not exist, taking small bites, chewing the food thoroughly, and pausing, as well as setting the spoon or fork down between bites.

Participants then were asked to eat a meal very quickly after being instructed to imagine they were under a time constraint, needed to take large bites, chew quicker and not to pause or set down their utensils between bites.

At the study’s conclusion, the researchers said only the subjects who were average weight had a significant statistical reduction in caloric consumption through eating slower.

Those participants consumed 88 kcal less by eating slowly, while those who were obese or overweight consumed just 58 kcal less.

The researchers said that slowing the eating speed led to a substantial lowering of energy intake on those in the average weight group, but not members of the obese or overweight group.

One reason for that said Meena Shah a TCU professor and the lead author of the study was due to the obese and overweight participants consuming less amounts of food during both of the eating conditions.

It is possible, said Shah that those participants obese or overweight were more conscious of what they were eating and thus did not eat as much during the study.

Even though there were caloric intake differences between the two weight groups, both groups had less hunger later on following a slow meal than following a faster meal.