Amber released by Nokia for its Lumia Range 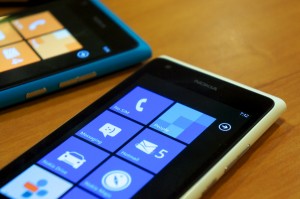 Owners of Lumia devices, both low and high end, who want the newest apps for cameras, can start installing them today with a new Amber update. However, some will not receive the Amber update until late September.

Nokia started today to roll out the update for Lumia Windows 8 phones, which enables a group of new apps for cameras and other features. However, some owners of Lumia will not receive theirs until later.

The latest Amber software update highlights the efforts by Nokia to build upon the latest Microsoft Windows Phone update known as GDR2 that introduces Google calendar, FM radio and other features.

Amber is set to go partway in aligning the user experience across its list of both low and high-end Lumia devices that were released from last year.

One example is the Smart Camera by Nokia, which was shipped in the Lumia 925. It can be now installed in devices that have the update. That app allows users to select from a group of 10 photos to find the best.

The newer Lumia models such as the 1020, 925 and 625 will be or have been shipped with the Amber updated installed.

The Amber update will reach Lumia 820 and 920 in certain countries. In the United States, the update is currently available for Lumia 521 and 801 on the T-Mobile service and on Verizon for the Lumia 928.

In the United Kingdom, the Amber update is available for Vodafone users in the Lumia 920, but approval has not been given yet for the EE, O2 and 3 services.