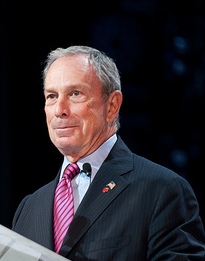 For only the first time in its history, the New York City marathon will not be held this year. Officials from New York City and the New York Road Runners, the organizers of the race, announced the cancellation of the race. Organizers felt that it was not correct to hold the race only days after Hurricane Sandy had devastated the area and that is would distract from the recovery that is ongoing.

The statement read by organizers said that even such a prestigious event such as the NYC Marathon should not distract from the work that everyone in the city is putting in, to get the city back on its feet.

The marathon had over 47,000 entrants, with more than 20,000 signing up from overseas. Hotel room usage is increased by nearly 40,000 rooms for a minimum of five nights prior to and after the race, said officials from the city’s tourism agency. One recent study showed that the economic impact on New York City from the marathon each year was nearly $340 million.

A large number of the runners had already arrived in the city and were visibly upset after hearing of the race’s cancellation. Many said that at such a late stage the race should not have been cancelled.

However, people in New York City were beginning to become resentful of the event. Some who were evacuated from their homes due to flooding could not find available hotel rooms since they had been pre-booked by people involved with the race.