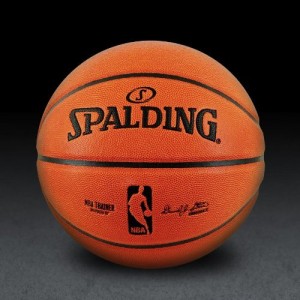 When a 6-foot-eight, 250 pound forward gets launched into the air after getting slightly nudged by a smaller, lighter point guard and then gets a foul call from the referee working to his favor, that’s a flop. When a player crashes to the floor like a house of cards after a getting out-boxed in a rebound play, more likely, it is a flop— especially if it’s Derek Fisher.

Folks, this is the NBA today, where grown men play basketball and practice Method Acting at the same time. It’s as if the Larry O’Brien is not the only trophy at stake but also a Golden Globe and an Oscar statue.

This trio of superstars is the reincarnation of the Three Stooges on the hardcourt. The theatrics just don’t end in flashes of athletic brilliance through dunks and lay-ups but you also have to watch for their acting jobs; LeBron James’ throwing himself into the air as if he’d just been ejected from an F-16 jet is as unbelievable as anyone can see; Dwyane Wade specializes in the audio part of flopping. He gets up for a contested lay-up and then shrieks like a woman giving birth to a set of bricks; and then there’s Chris Bosh. With a rugged, callous look of a raptor Bosh immediately dismisses any toughness his face exudes simply by perfectly duplicating the frailty of Samuel L. Jackson in Unbreakable.

Having a beard is sometimes seen as a sign of toughness. Looks like the referees are not taking that into consideration because they still fall to James Harden’s dramatic plays. Despite being clad in a rough looking collection of facial hair, Harden blatantly betrays its supposed purpose of making one who wears it look like brave enough to wrestle an alligator. Instead Harden crumbles to the floor over the lightest of contacts. He also cashes in on his favorite flopping maneuver in which he whips his head as if he’d just been hit by the opposing player’s elbow and then to complete his act, clutches his face as if an arrow struck him right into his eye.

Manu Ginobili could fill reels and reels of films of clips that saw him flop, submit it to any studio in Hollywood and I bet he’d be giving Daniel Day Lewis a run for his money. Ginobili can drink Lewis’ milkshake. This guy has plied his acting trade on the court for more than 10 years already and if ever the day comes that a committee (it’s inevitable) would be made to honor the best actors in the field of sports, winners will be awarded in a ceremony attended by the biggest floppers in sports and will be called “The Ginobilis”.

It’s not a coincidence that Derek Fisher is always on a fishing expedition. He has been a proven asset in every team he played in partly because of his ability to flop. In a league with a growing number of actors, Fisher is a master in employing his strategy at the right place and at the right time. When it comes to opportunity, he is to flopping as what Warren Buffet is to investing. Now that he’s on the twilight of his career expect Fisher to resort even more to flopping just to get whatever advantage he can have over younger, bigger, and more athletic players.

With his miniature frame, it is easy to understand why CP3 is always having a hard time when opponents try to play physical on him. But even when they don’t, he will make it sure that the referees, the audience, and the entire populace of the city his team is playing in will take notice that someone caused his body to roll on the floor like tumbleweed.

The other half of “Flop City” is Blake Griffin. Don’t be deceived by his ferocious dunks. His bag of tricks in flopping rivals that of his dunking arsenal. Griffin has a long career ahead of him and his acting repertoire can just be as boundless as his leaps.