Favor Hamilton Was $600 an Hour Escort 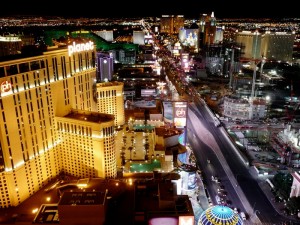 Former three time Olympian Suzy Favor Hamilton admitted this week that she had been working as an escort and she had charged clients up to $600 an hour. Hamilton’s admission set off great controversy and a myriad of questions for the former U.S. Olympic team member and 44-year old mother.

Prior to the news of her being an escort was released, Favor Hamilton had represented entertainment giant Disney, but Disney announced on Friday it had broken all ties with the former Olympic runner. Disney’s announcement came just 48 hours after its subsidiary runDisney had announced that Favor Hamilton would be a speaker during next year’s half marathon that takes place within the grounds of Disneyland.

Favor Hamilton attended the University of Wisconsin and was a star there. The Big Ten conference has an award in her name that is given to the conference track and field athlete of the year. While Favor Hamilton ran of the Badgers, she won 23 Big Ten Conference titles and 9 titles in the NCAA.

The former middle distance runner first said when word was leaked that her work as an escort was exciting and she had used aliases with many of her clients, but did tell some of them what her real name was. Mark Hamilton, her husband, was aware of her escort work, but did not support it, said Favor Hamilton.

Favor was once considered one of the most decorated female runners in the NCAA for middle distances. She was a member of the U.S. Olympic teams of 1992, 1996 and 2000.