Europe Made Progress according to IMF

The International Monetary Fund said that the European Union has made progress in solving its financial crisis. But it also warned the member states to keep with their commitments to end the uncertainty regarding the future of the euro. 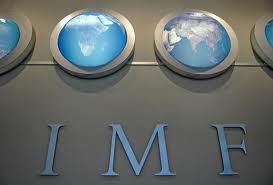 The European debt crisis has already cost the region billions of euros in lost growth and destroyed labor markets in some member states. It started in late 2009 when Greece acknowledged that it had been making up data on its public finances.

The high financing costs have led Ireland, Greece and Portugal to look for bailouts from the EU. This year, Italy and Spain have been nearing their tipping points before the European Central Bank calmed the market by pledging to do whatever it takes to defend the euro.

At the national level, the response has been to limit spending and to increase taxes. At the regional level, member states started taking steps towards integration that includes a banking union administered by the ECB. The banking plan is moving forward for the members of the euro zone.

The IMF said that the agreement made by the European leaders on a single supervisory mechanism for banks falling under the ECB is a strong achievement for the region. It should be followed up with a solid structure that has as little gaps as possible.

The IMF report stated that it is important to have a single resolution authority, a single rulebook, and a deposit guarantee plan by the middle of next year. The IMF also called for stricter supervision on banks. This was an apparent criticism of European stress tests for banks that gave financial institutions clean bills of health.

The IMF wants Europe to come up with measures to separate bank risk from sovereign risk. It wants the European Stability Mechanism to move faster to recapitalize banks.