Bowl Season Begins in the NCAA 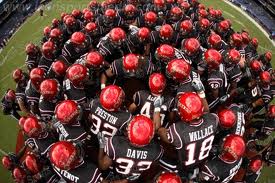 NCAA bowl season begins today with the first four of 35 bowls being played on Saturday. A great matchup on the docket pits the Buffalo Bulls from the Mid American Conference against the San Diego State Aztecs from the Mountain West Conference in the Famous Idaho Potato Bowl played in Boise, Idaho.

Buffalo has played well the entire season and has a record of 8-4 straight up and against the spread. San Diego State this season was 7-5 straight up and 6-6 against the spread. For those readers interested in this game or any other of the 35 bowls you can check out sportsbook odds by comparing sportsbook reviews here at SportsBookNation.com for up to the minute point spreads, trends and any other details related to sporting events online.

Buffalo’s offense is led by senior tailback Branden Oliver who rushed for 1,420 this season and scored 15 touchdowns, as per stats checked on an official NCAA website.

The Aztecs however will be facing the No. 27 ranked defense against scoring in the Bulls. Buffalo is allowing just over 22 points per game. The defensive unit is led by Khalil Mack, the middle linebacker for Buffalo, who was the recipient of this year’s Lambert Award as the nation’s best linebacker.

Three starting offensive lineman will return from injuries to play for San Diego State, which will help in both their running game and pass protection for their quarterback.

On defense, the Aztecs have not performed well this season allowing over 32 points a game, which is No. 96 in the country. This season four of the 12 games played by the Aztecs went to overtime, with San Diego State winning three.

Odds makers have San Diego favored in this matchup but it should be an exciting game all around with two strong offenses facing off against defenses that could be suspect.