Consumer Spending in U.S. Up 0.5% for November 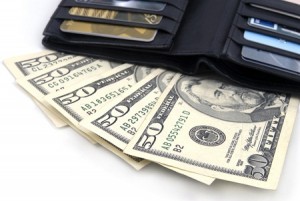 Americans spent more in November than in any of the previous five months, while their incomes were up modestly.

Consumer spending increased by 0.5% from spending in October, when spending was 0.4% higher, said data released on Monday by the Commerce Department. The numbers for November were the best since this past June. The increase has been driven by more spending on autos as well as other durable goods that are long lasting.

Income for consumers was up 0.2%, which was an improvement over a 0.1% decline from October. Salaries and wages, the most important component for income was up 0.4%. That increase reflected the strength in the private sector plus a slight gain in pay for public employees.

Consumer spending is followed closely since it accounts for over 70% of all economic activity. The strong showing for November suggests strong economic growth for the quarter.

A steady growth in hiring and slight wage gains have helped boost the confidence of consumers and has given most Americans more money for spending. In addition, higher home and stock prices have help drive up the wealth in households and made some Americans more comfortable with spending.

The rise in spending and a smaller gain in income meant that personal saving’s slipped slightly to just 4.2% of income after taxes during November. That figure was down from October’s 4.5%.

A gauge for inflation tied to spending by consumers that is followed closely by the Federal Reserve indicated that inflation was still running far below the target set by the Fed.

In November, prices remained unchanged and have increased only 0.9% over the last year. The target by the Fed for annual inflation was set at 2%.

The economy, measured through the GDP, grew at an annualized rate of only 4.1% for the quarter of July through the end of September, said the government last Friday.

Close to all of the revision upward in that statistic reflected the faster spending by consumers, which was a possible sign of more momentum entering the last three months of 2013.

The rate of growth of 4.1% for the third quarter was the economy’s best in close to two years.