Best Bets for Gold Medal Count at the 2016 Summer Olympics 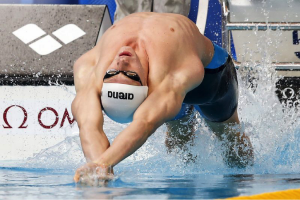 Another four years means another Summer Olympic Games, but this time we head to the Southern Hemisphere and a very hot and balmy Rio de Janeiro, Brazil. There will be quite a few willing combatants for the top spot in the gold medal count, but only one country will truly stand out above the rest – the United States.

The country’s training programs and athlete crop always seems to be a little bit more ahead of the game. They may not have to worry about Russia breathing down their necks in the ranks this year either, given their recent doping allegation scandal.

Whether it be in the pool, on the track or on the court, the US is expected to put up a fight in basically every competition. There are a few events where they are not involved, but for the most part, the experts are picking the stars and stripes. With the Olympics days away, all major online sportsbooks are offering odds on which countries are favored in the gold medal count.

The USA (-275) seems to top the projected medal count list, however, China (+275), Russia (currently suspended odds), Great Britain (+2,000), Australia (+2,000) and Germany (+2,000) are not too far behind. With all of that said, mind you, Russia’s odds are suspended due to their current situation. China generally struggles outside of the gym and pool and Germany’s soccer team just played to the Euro Cup final one week ago and will have some players lost to injury and fatigue.

The US, while favored, are no locks either. More and more athletes are dropping out of Olympic contention because of Zika virus fears. US Open winner Dustin Johnson has decided not to attend the games. NBA champion LeBron James won’t be attending either nor will the reigning regular season MVP Steph Curry. The Golden State Warrior guard (among many others), however, won’t be playing due to injury. So the States aren’t a certainty across the board.

They will have more than enough healthy athletes in South America this August though meaning, like it or not, the USA are the smart money at the 2016 games.