Passenger Gets Strip Searched Due To Feeding Tube 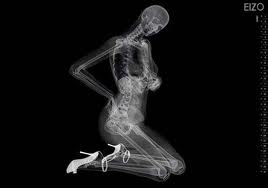 John Deaton from North Texas announced that his wife was strip searched and had her feeding tube touched by Transportation Safety Administration screeners prior to one of her flights. His wife, Melinda Deaton, has a feeding tube that was medically implanted into her stomach and sticks out almost four inches. She needed the tube to be implanted after suffering complications from a prior gastric bypass operation.

Deaton uses the airport frequently, as she has to fly on a regular basis to the Mayo Clinic in Minneapolis from Dallas. She said that agents from the TSA touched her feeding tube while performing a strip search on her Wednesday prior to her flying to the clinic for more treatment.

Her husband said what normally happens is the agents see the tube on their x-ray screen, ask his wife to explain what they see, she then identifies it, they usually pat her down and then she proceeds to her gate to catch her flight. However, he said on Wednesday that is not what happened.

His wife wears a medical bracelet that is equipped with a USB drive filled with notes from her doctor. The agents did not seem to care, as they conducted the strip search regardless of the contents of the USB.

A TSA spokesperson would not comment on the chemicals that were used to check for explosives, but admitted that it was not correct to touch the feeding tube.