It looks like Yahoo is confident with its new Chief Executive Marissa Mayer. She will receive up to $100 million in compensation, bonus, stock and retention awards for the next five years. According to the announcement made by the online company, she is expected to get around $5.4 million for the rest of this year and $20 million a year starting next year. Some of the amount depends on performance targets set by the Yahoo board. 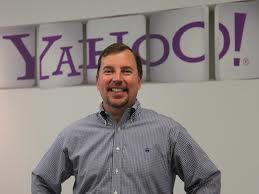 Former Yahoo CEO Scott Thompson and Carol Bartz got compensation packages worth $27 million and $44.6 million, respectively. Both CEOs got out of the company prematurely. Thompson resigned in May after five months as head of the company. Bartz was fired last fall after more than 2 and half years at helm of the online company.

Mayer joined Yahoo as CEO Tuesday after a 13 year career at Google, where she was vice president of local, maps and location services. The compensation package consists of restricted stock units valued at $14 million as payment for her forfeiting her compensation from Google. It also has a one-time retention award amounting to $15 million and will be paid over five years.

Mayer was not one of Google’s top executives, which is why her compensation was not publicly disclosed. She was number 20 at the online search giant and received a huge amount in the company’s IPO.

According to Mark Reilly, partner at 3C Compensation Consulting Consortium LLC, Mayer’s compensation package is competitive and reasonable. Yahoo got someone that was doing a good job at Google and can help them turnaround.

Mayer has the daunting task of turning around the internet pioneer Yahoo, which has more than 700 million monthly unique visitors to its sports, news, entertainment and email sites. The problem is that it failed to develop innovative web services and has lagged behind its rivals.

Laboratory Co. of America Holdings Given Average Recommendation of “Buy” by Analysts