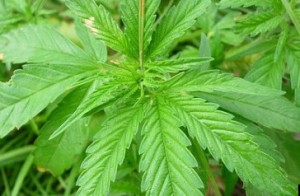 District of Columbia and Oregon voters have legalized the recreational use of pot. This has elated activists in favor of marijuana legalization who are hoping to extend their current winning streak across the U.S.

Oregon will now join Washington state and Colorado, where voters approved recreation marijuana use over two years ago.

The District of Columba is nearly on the same path unless the U.S. Congress, which has the power to review, blocks the move.

Another measure for the legalization of marijuana in Alaska also was approved by state voters.

Other issues that were volatile on Tuesday state ballots included abortion and gambling. Voters in the state of Washington faced two measures that were competing on the sale of guns.

A number of states that included South Dakota and Arkansas approved increases for minimum wage.

The marijuana measure in the District of Columbia makes it legal to possess as much as two ounces of marijuana and up to three marijuana plants for private use.

However, it does not provide for the sale of marijuana

That makes it different from the measure for Alaska and Oregon, which would follow the example of Washington and Colorado in establishing the systems for regulatory and taxing retail sales.

One of the legalization campaign leaders, the Drug Policy Alliance said the results from Tuesday will bolster its efforts of pushing through a measure for the ballot in 2016 for California.

The measure in Oregon calls for legalization of pot by July 1 and regulations by the state must be adopted by January 1, 2016.

The DC campaign for marijuana legalization included a debate on race. The supporters of the measure said blacks were disproportionately targeted for arrests.

In Florida, a measure on the ballot that would have allowed for the use of marijuana for medical purposes did not reach the 60% approval minimum to be passed. Thus far, 23 states allow for the use of medical marijuana.

In North Dakota and Colorado, voters rejected measures that opponents feared might lead to abortion bans.