Aereo Laying Off Many Workers 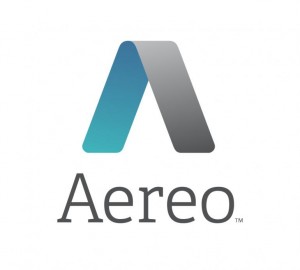 Aereo Inc the start-up tech company that had its effort blocked to distribute broadcast TV signals online by the U.S. Supreme Court said it was laying off the majority of its employees and shuttering its office in Boston.

Virginia Lam an executive at Aereo said the company was continuing to conserve its resources while charting it path forward. Lam added that it was a difficult yet necessary step to preserve the future of the company.

In a notice to officials of the government, the company, based in New York, said that 43 employees were being laid off in Boston next week. Boston is the engineering hub and the largest office.

In all, close to 60 employees will be terminated and just a dozen employees and managers will remain.

This past June, the U.S. Supreme Court dealt a huge blow to the company’s operations by ruling Aereo’s service was afoul of the U.S. Copyright Act.

Aereo was streaming signal of local television stations over the Web through remote antennas and charging its customers between $8 and $12 per month for a digital recorder and antenna.

Aereo argued that it was only an antenna service therefore, it did not need to comply with any copyright law.

The high court in the U.S. disagreed by saying the company was similar to a cable service and was subject therefore to the copyright law.

One analyst on Wall Street said the move on Thursday by Aereo was not surprising. In the end, said the analyst, Aereo will likely not survive. The company was had a flawed concept from the start as it was stealing copyrighted signal from the beginning.

Since the ruling by the U.S. Supreme Court, Aereo had done a great deal to remain afloat. The company said that since the high court essentially declared it was a cable system, it was entitled to receive a compulsory license.

That type of license gives cable systems the right to transmit copyright materials for a price.

In October, a New York federal court entered an injunction nationwide against Aereo, rejecting the idea that it had been entitled to receive a compulsory license.

That injunction prevented Aereo from transmitting broadcast programs that were live. Because of that, Aereo said its investors fled.