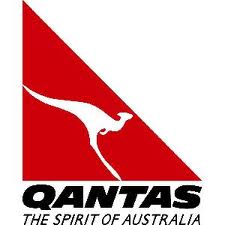 Qantas Airways announced the formation of a partnership with China Eastern Airlines to create a low-cost airline based in Hong Kong.  Many airline ventures have sprung up in Asia lately as carriers jockey for position in anticipation of a major increase in air travel.  Customers who expect a complete range of services generally choose full-service carriers like Cathay Pacific and Singapore Airlines, which dominate the market in large parts of Asia.

The companies will be investing around $198 million in the joint venture.  The new carrier, Jetstar Hong Kong, will operate short-haul routes in Asia, including routes in China, Japan, South Korea, and Southeast Asia.  Flights are expected to begin next year under a no-frills operation model, such as those that have been established in the United States and Europe.  China Eastern Airlines is based in Shanghai and Qantas Airways is based in Australia.

Operators are seeking to attract the millions of people joining the ranks of the middle classes in the region with the low-cost model.  These people typically cannot afford the fares charged by traditional full-service air carriers.  Bruce Buchanan, chief executive of Jetstar, said in a statement, “Jetstar’s vision is to make travel more affordable for millions of people across Asia, and the demographics of China, with its booming middle class, are a key part of that plan.”

Jetstar Hong Kong’s fares will be around 50% lower than the fares of existing full service carriers.  Other low-cost operators in the region include Peach, a budget carrier part-owned by All Nippon Airways of Japan and Malaysia-based AirAsia, which helped pioneer low-cost air travel in the region.  Singapore Airlines has been planning a no-frills carrier, named Scoot, which will begin flying medium- and long-haul routes around the middle of this year.

Qantas’s has already been operating a low-cost brand successfully in Australia and New Zealand called Jetstar. A Japanese operation, Jetstar Japan, is due to start in July.  The company has also begun flying out of Singapore and Vietnam, expanding its footprint in Southeast Asia.