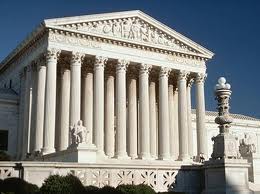 The White House faced questioning from skeptical U.S. Supreme Court justices about the administration’s healthcare law. Tuesday’s questioning was dominated by conservative justices during a two-hour, tense meeting over the healthcare law that has divided America.

The law’s requirement that most people must obtain heath insurance or otherwise face a penalty appears to have gained the interest of Chief Justice Roberts and Justice Kennedy. Both conservatives repeatedly asked lawyers from the Obama administration about the requirement.

The justices asked questions of both sides. They wanted to know about the powers of the federal government, whether it could include buying memberships to gyms or to requiring people to eat broccoli.

The lawyers from the White House said with the Congresses approval of the law they were trying to fix the problem of moving costs from those uninsured to those purchasing policies. They told justices that the system did not work and a grave problem was being addressed.

What is at stake is whether the Congress has the power to step in to intervene amidst the soaring healthcare costs. Over $2.6 trillion are spent each year on healthcare in the U.S. That enormous amount equates to about roughly $8,400 per person or 18% of the country’s gross domestic product.

Chief Justice Roberts is the leader of the Court’s five conservatives, but is not anywhere near as conservative as the other four justices are. He noted that since the days of President Roosevelt in the 1930s, Congress has been accorded broad regulatory powers by the court.